Judy Lynn Malloch has an avid passion for nature photography. Her intensity for wildlife photography began in Southern Florida where she resides but has now expanded to locations throughout the world.

Over the years , Judy’s travels have taken her to many of the remote and beautiful wildlife refuges in North America such as the Klamath Basin in Oregon, Bosque del Apache National Park in Southern New Mexico, the remote regions of Alaska, Canadian special locations such as Newfoundland and North Eastern Ontario and extensively in Florida from The Everglades in Southern Florida throughout Central and up to Northern Florida always searching for the unique opportunities to film wildlife.

Internationally Judy Lynn has journeyed to Central and Southern Africa countries and Central and South American countries and into some of the countries in the Caribbean.  Her passion has developed into bird photography but she has not lost her love for other forms of wildlife photography.  Eight years ago Judy Lynn and her husband Gary began a photography tour business, Natures Tapestry Photo Adventure Tours and currently conduct five tours each year, two to Costa Rica, and one to Ecuador, Namibia, Africa, and The Pantanal in Brazil.

Judy was born in Canada but has been a proud American citizen for 30 years. She is also an accomplished painter, exhibiting in both oil and watercolors. Her photography has not only earned her many awards from organizations such as National Wildlife, Nanpa, Nature’s Best and National Audubon and has had her images in numerous published media.

Mrs. Malloch lives in southern Florida with her husband Gary.  Together they have three daughters and twelve grandchildren. |  naturestapestryjlm.com 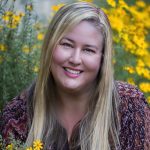